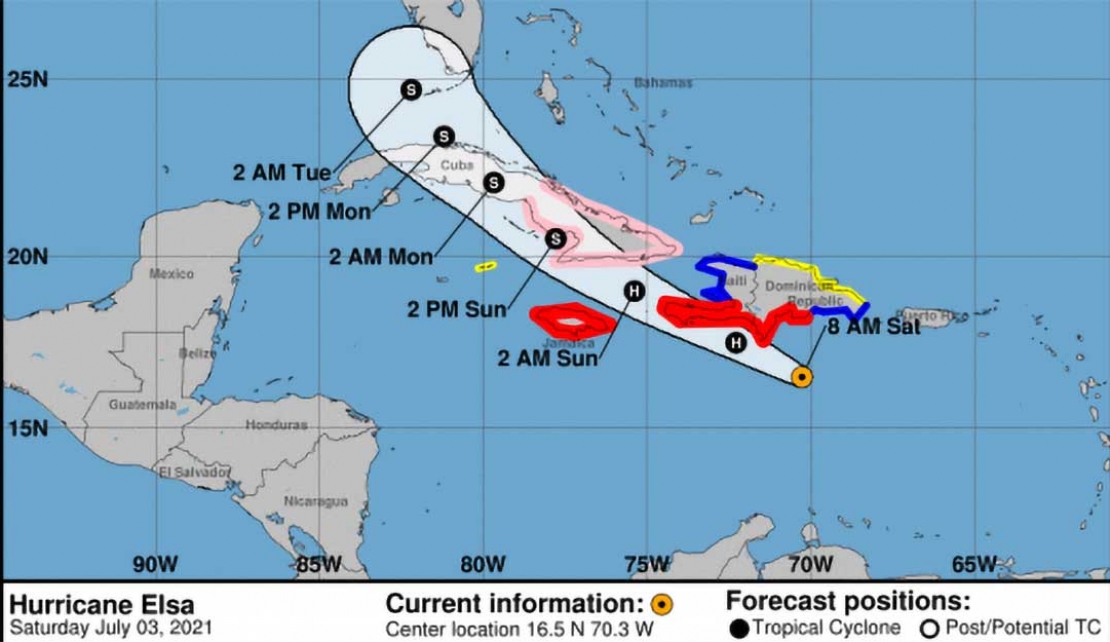 MONTEGO BAY,  July 3, 2021 - As Elsa moves across the Caribbean killing one person in St. Lucia and battering St. Vincent and the Grenadines and Barbados as a category 1 hurricane, it has left much destruction in its path.

It is the first time more than in 60 years that a Category 1 storm has hit Barbados where the system left many houses roofless, downed power lines, fell trees, blocked roads.

Elsa strengthened and hit St. Vincent earlier in the day, reaching gusts of up to 153 km (95 miles) per hour, according to the US National Hurricane Center (NHC).

"That level of sustained wind can blow down a lot of buildings and cause a lot of damage," said St. Vincent Prime Minister Ralph Gonsalves. "I am pleading with you. Let us not take this hurricane lightly. This is not the time to play the fool."

Earlier this year, St. Vincent suffered heavy flooding and landslides after a series of volcanic eruptions.

It  has since been downgraded to a tropical storm with sustained winds of 70 mph. Now Tropical Storm Elsa, the National Hurricane Centre says Elsa is expected to pass near or along the southern coasts of the Dominican Republic and Haiti on Saturday, and to track near Jamaica on Sunday.

Heavy rain is expected in parts of those island nations through Sunday, with 4 to 15 inches possible, perhaps leading to scattered flash flooding and mudslides.

According to the NHC, Cuba and parts of the Cayman Islands would be next, with eastern Cuba maybe getting tropical storm conditions by Sunday. Rainfall of 5 to 15 inches is possible in those areas Sunday and Monday. 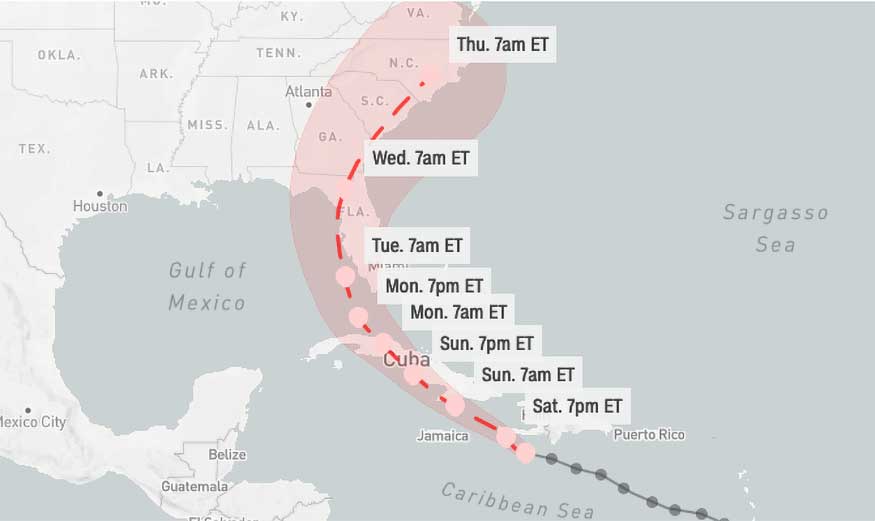 Elsa at 12.58. PMIn its 2:00pm forecast the National Hurricane Centre says At 200 PM EDT (1800 UTC), the center of Tropical Storm Elsa was located near latitude 17.3 North, longitude 73.0 West. Elsa is moving toward the west-northwest near 29 mph (46 km/h).  A decrease in forward speed is expected later today and Sunday, followed by a turn toward the northwest Sunday night or Monday.

On the forecast track, Elsa will move near the southern coast of Hispaniola later today and tonight, and move near Jamaica and portions of eastern Cuba on Sunday.  By Monday, Elsa is expected to move across central and western Cuba and head toward the Florida Straits. Elsa is forecast to move near or over portions of the west coast of Florida on Tuesday.

Reports from an Air Force Reserve Hurricane Hunter aircraft indicate that maximum sustained winds are now near 70 mph (110 km/h) with higher gusts.  Little change in strength is forecast through  tonight, but gradual weakening is forecast on Sunday and Monday when Elsa is expected to be near or over Cuba.