MONTEGO BAY, Jamaica-September 22, 2022 -   While Trinidad and Tobago and Jamaica, continue to contemplate whether to make the move, the Government of Saint Lucia has announced that it will shortly be making the transition from the Privy Council to the Caribbean Court of Justice (CCJ) as the country’s final court of appeal.

Attorney General Leslie Mondesir said Saint Lucia’s Accession to the CCJ brings the country one step closer to attaining full independence, and will become the fifth country to make the move after Dominica.

In a statement today, the Government of St. Lucia said “In April of this year we signaled to the Government of the United Kingdom our intention to terminate appeals to the Privy Council. This in a necessary step by virtue of Section 41 of our Constitution.

The Government of the United Kingdom has recently responded with its non-objection to Saint Lucia commencing the legal process to terminate appeals to the Privy Council. We wish to emphasize that a referendum is not required to complete the Accession process once agreement is reached with the United Kingdom.”

A committee has been established to facilitate this historic move. Leading the Accession Committee is Sir Denis Byron, former Chief Justice of the Caribbean Supreme Court and former President of the Caribbean Court of Justice.

The Committee will include: “Miss St. Rose, the immediate past president of the Saint Lucia Bar Association. Mr. Matthew Roberts, retired head of the University of the West Indies Campus in Saint Lucia and former Speaker of the House of Assembly, Mr. David Vitalis a qualified and experienced media practitioner, and Mr. Rene Williams who is the senior Crown Council in the Office of the Attorney General. Administrative support is being provided to the committee by Miss Claudine Gibson,” Sir Denis said.

The committee recently held a press conference to launch a public education campaign that will inform the public of Saint Lucia’s intention to join the jurisdiction of the Caribbean Court of Justice.

In the coming weeks the draft legislation to amend the Saint Lucia’s constitution to provide for appeals to the CCJ, will be circulated for public comment. The public is encouraged to stay updated with the information being disseminated. 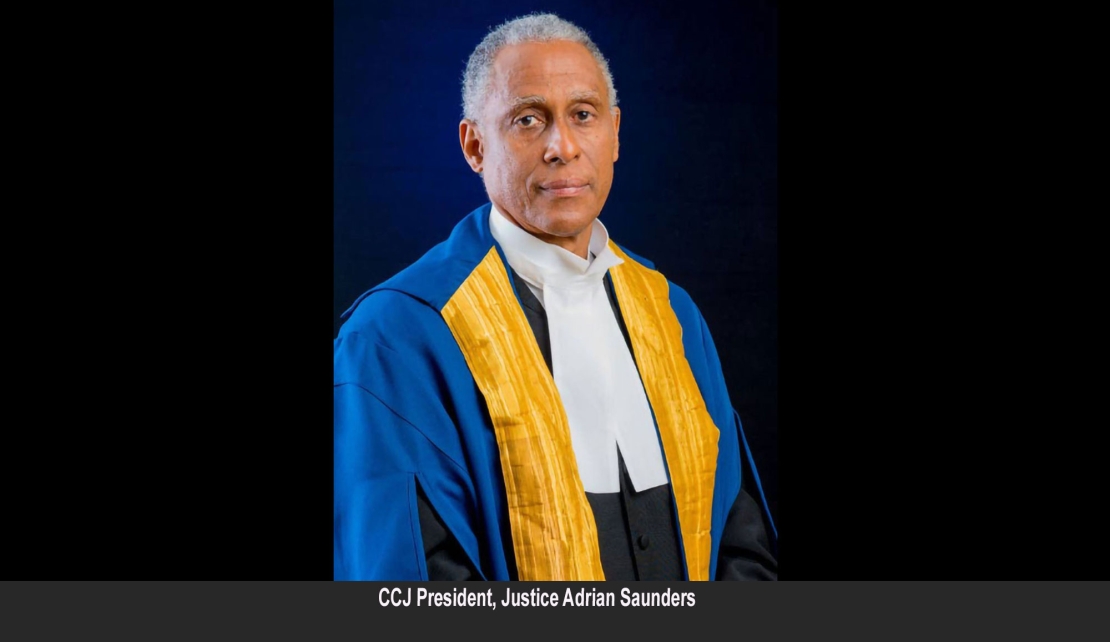 Justice Adrian Saunders 2000 largeOnly recently, the President of the CCJ, Justice  Adrian Saunders, speaking in Jamaica, said the decision of four Caribbean Community (CARICOM) countries to replace the London-based Privy Council as their final and highest court “offers the best opportunities for advancing both our region’s jurisprudence as a whole and that of each State”.

The CCJ President noted that the Regional Court, which was established in February 2001 is endeavouring to justify the decision taken by the governments and parliaments of Guyana, Barbados, Belize and Dominica and hopefully soon St Lucia to “alter their Constitutions to send their appeals to us.

The CCJ President, speaking on the theme “Jamaica: The Role of the CCJ in Building a Caribbean Jurisprudence,”  said “I sincerely believe that such accession offers the best opportunities for advancing both our region’s jurisprudence as a whole and that of each State.

Accession also ensures that, yes, the children of the region will be able to aspire to one day holding the office of President of their own final court of appeal.”

The CCJ, with both an Appellate and Original jurisdiction, also acts as an international tribunal interpreting the Revised Treaty of Chaguaramas that governs the 15-member regional integration movement, CARICOM.

But while most of the regional countries are signatories to the Original jurisdiction, only Barbados, Guyana, Belize and Dominica have signed on to the Appellate Jurisdiction.