ST. JOHN’S, Antigua, Oct 24, CMC – Antigua and Barbuda supports the decriminalisation of marijuana for medical and religious purposes, according to an opinion poll conducted here.

The poll by the Barbados-based Caribbean Development Research Services (CADRES) in September and obtained by the Caribbean Media Corporation (CMC) showed that at the national level, the single largest portion of the population now supports what is commonly referred to as “decriminalisation” as distinct from “legalisation”.

It said 34 per cent now support marijuana being made legal for medical and religious purposes, while 30 per cent would prefer that marijuana remain illegal in all respects.

“Needless to say there is no plurality of citizens in any single category; however, if one were to add those who support partial and full decriminalisation (legalisation) some 62 per cent (which is a plurality) is in support of some form of decriminalisation,” CADRES noted. 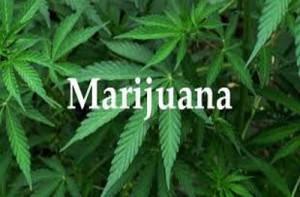 It said there are also other interesting correlations that emerge when responses are viewed from demographic and political perspectives and one of these relates to gender/sex.

CADRES said that 800 people were questioned in all 16 constituencies across Antigua based on a standard interview schedule that sought information on major national and political issues.

It said that there is no significant political correlation at this time which means that supporters of the ruling Antigua and Barbuda Labour Party (ABLP) or the main opposition United Progressive Party (UPP) are no more or less inclined to support or oppose decriminalisation.

CADRES said that in the interest of generating a comprehensive perspective, it is presenting data collected in Barbados and St Vincent on the marijuana issue noting that “the type of opinion noted in Antigua and the dynamics of this opinion are therefore reflective of Caribbean trends and the only significantly different observation is the fact that the Antigua survey is the most recent and has benefited from an expressed position of this ABLP government and similarly supportive trends in the United States, St Vincent and Jamaica”.

CADRES said that Antigua has the lowest level of uncertainty on the marijuana issue in any of the three countries, while Antiguan opinion on partial decriminalisation is roughly similar to that in Barbados and St Vincent.

“It is significant that Antigua has the highest level of support for full decriminalisation of three countries surveyed and the lowest level of support for the status quo. In this regard it is important to note that Barbados and Antigua could be considered ganja (marijuana) consuming country while St. Vincent is presumably both a supplier and consumer, which might influence public opinion.”