Premier Michael Dunkley still in front with an approval rating of 42 per cent
HAMILTON, Bermuda, Sep 20, CMC – The ruling One Bermuda Alliance’s (OBA) lead over the opposition party has been trimmed to a single point, according to a new public opinion poll.

In the poll, commissioned by the Royal Gazette newspaper, the OBA’s advantage over the Progressive Labour Party (PLP) is 38-37 compared to its 38-36 lead in the previous poll in June.

With 25 per cent of people polled refusing to back either party, the OBA and the PLP found voters were much more likely to say they disapproved of their performance, the Gazette said. 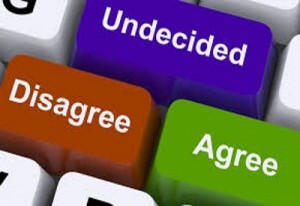 However, the leaders and deputies of both parties all saw their own performance approval ratings improve, with Premier Michael Dunkley still in front with 42 per cent — up two points from June.

Finance Minister and the OBA’s deputy leader, Bob Richards, has a performance rating of 25 per cent, up from 23 per cent.

Opposition Leader Marc Bean, who went on medical leave in March, has a performance approval rating of 23 per cent, up from 22 per cent three months ago.

David Burt, the Shadow Minister of Finance who has been Acting Leader of the Opposition in Bean’s absence, has a performance approval rating of 37 per cent, up from 32 per cent.

The OBA still has the male vote and the PLP has the female vote. Among men, 41 per cent picked OBA and 31 per cent said PLP. Among women 35 per cent voted OBA, with 43 per cent picking PLP.

The telephone survey of 402 registered voters by Global Research took place between September 6 and September 12 and has a margin of error of plus or minus five per cent.