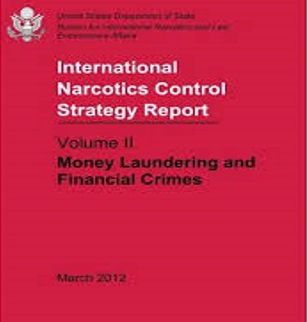 “Haiti remains a transit point for cocaine originating in South America and marijuana originating in Jamaica, en route to the United States and other markets. This traffic takes advantage of Haiti’s severely under-patrolled maritime borders, particularly on the northern and southern coasts.

“Haiti is not a significant producer of illicit drugs for export, although there is cultivation of cannabis for local consumption. Haiti’s primarily subsistence-level economy does not provide an environment conducive to high levels of domestic drug use,” Washington noted.

The report notes that Jamaica remains the largest Caribbean supplier of marijuana to the United States and local Caribbean islands.

“Although cocaine and synthetic drugs are not produced locally, Jamaica is a transit point for drugs trafficked from South America to North America and other international markets.”

Washington noted that in 2016, drug production and trafficking were enabled and accompanied by organized crime, domestic and international gang activity, and police and government corruption.

The report noted that illicit drugs are also a means of exchange for illegally-trafficked firearms entering the country, exacerbating Jamaica’s security situation.

“Jamaica is a transit point for cocaine moving from Central America to the United States, and some drug trafficking organizations exchange Jamaican marijuana for cocaine. Factors that contribute to drug trafficking include the country’s convenient geographic position as a way point for illicit drugs trafficked from Latin America; its lengthy, rugged, and difficult-to patrol coastline; a high volume of tourist travel and airline traffic; its status as a major trans-shipment hub for maritime containerized cargo; inadequate educational and employment opportunities for at-risk youth who engage in crime; and a struggling economy that encourages marijuana cultivation in rural areas.”

“A major money laundering country is defined by statute as one “whose financial institutions engage in currency transactions involving significant amounts of proceeds from international narcotics trafficking.”

Washington said that this year’s list of major money laundering countries recognizes this relationship by including all countries and other jurisdictions, whose financial institutions engage in transactions involving significant amounts of proceeds from all serious crime.