HAMILTON, Bermuda, Jul 4, CMC – One of Bermuda’s leading former footballers, who was sentenced to 11 years in prison   for a raft of  sex offences against three young boys, has been found dead in his prison cell.

Wendell Baxter – commonly known by his nickname Woolly, received his sentence in Supreme Court after  admitting a string of indecent assaults on his victims  in the 1970s and 1980s. 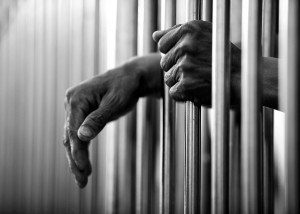 On Tuesday, a spokesman for the Bermuda Police Service said the 59-year-old paedophile was found in an unresponsive state at Westgate Correctional Facily on Saturday evening and later pronounced dead, despite life-saving efforts.

“A police-led investigation continues regarding the circumstances of Mr Baxter’s death,” the spokesman said, adding that BPS extended condolences to Baxter’s family.

In hearing the cast last month, the Supreme Court heard that Baxter told  police that he sexually abused “at least eight young men”. Detectives planned to investigate any further allegations against him.

The law in Bermuda requires an inquest to be held when a person dies in prison.

Baxter led North Village to the triple crown of league, Friendship Trophy and FA Cup when the club dominated local football in the late 1970s and went on to become a popular and respected coach.

But his dark secret away from the football field caught up with him earlier this year.

In March, Baxter pleaded guilty to a total of 18 separate charges of molesting three young boys.

More in this category: « JAMAICA | US pilot to appear in court on ammunition charges CARIBBEAN | Belizean national joins CCJ bench »