HAMILTON, Bermuda, Nov 22, CMC — The Supreme Court Tuesday ordered the forfeiture of nearly one million US dollars that had been seized during a police operation at a Bermuda hotel in March last year.

“We view this fantastic result as sending a strong message to criminal organisations that we will continue to target the incentive for crime, and will use every opportunity to take the profit away from criminals,” said Superintendent Sean Field-Lament, head of the Bermuda Police Service (BPS) Crime Division. 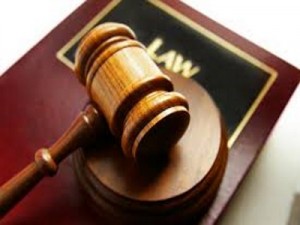 During a police operation, officers entered a hotel room to discover the U$826,000 hidden in a safe, which led to the arrest of 25-year-old Yeshayahu Baruch Zirkind.

However, the criminal charges against Zirkind were dismissed in January after a preliminary hearing before magistrate Archibald Warner.

Zirkind, who is of Israeli-American descent but lives in China, had arrived in Bermuda a week before his arrest.

He originally appeared in Magistrates’ Court last year, when the court heard that the money, the majority of which was in Bermudian currency, was seized from a safe in the Fairmont Southampton resort along with several mobile phones.

Magistrate Khamisi Tokunbo set bail at US$100,000 on the condition that Zirkind surrender his travel documents, does not leave the jurisdiction without the permission of the courts, notify the police of his residence, and report to the nearest police station three times a week.

But all of those conditions were subsequently waived after the case was dismissed.

However, a civil case followed and on Tuesday, the Supreme Court announced that all of the cash would be forfeited.

“The Attorney-General’s Chambers and the BPS utilised civil powers under the Proceeds of Crime Act to restrain, and ultimately recover the monies that had been destined to be taken out of the island as suspected criminal proceeds,” a police spokesman said.