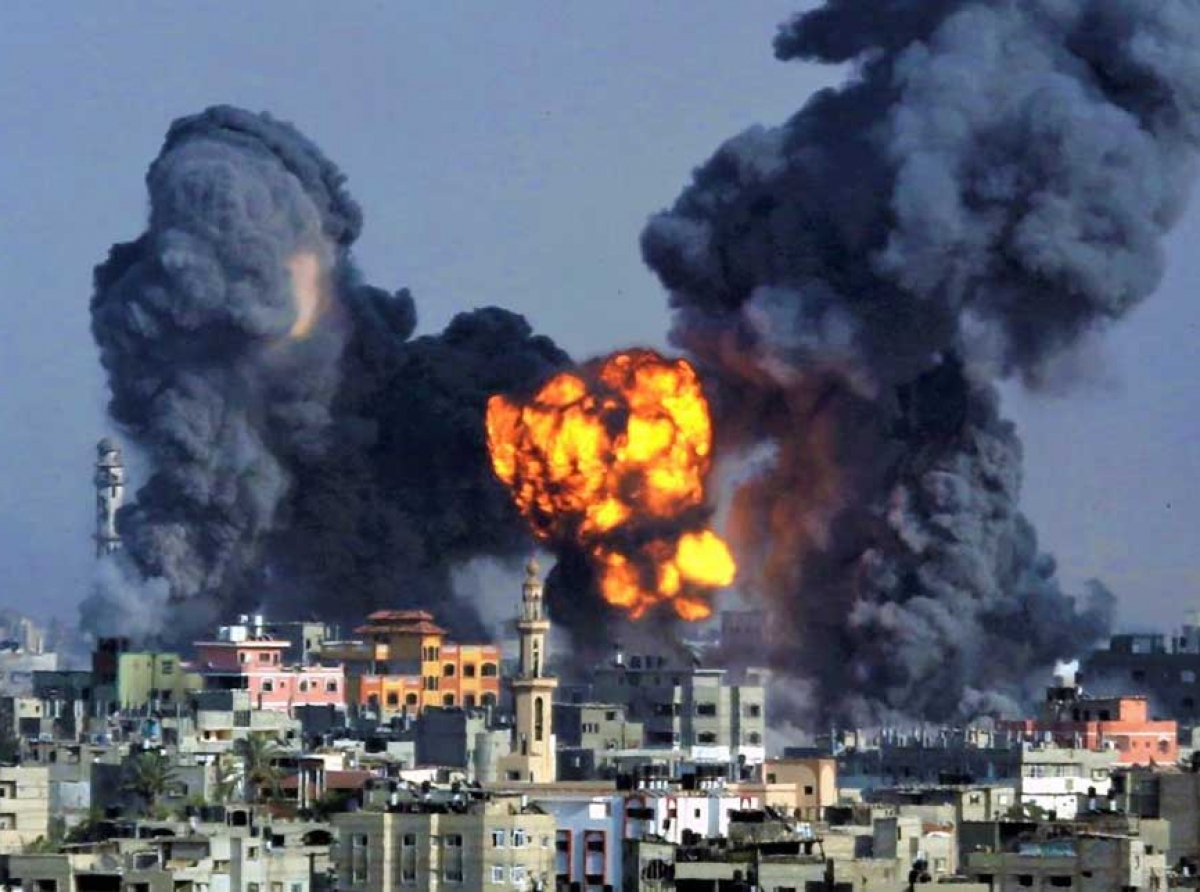 According to Velshi in his latest opinion column  that we have taken the liberty to post, “the real issue in Israel is that Palestinians are, at best, third-class citizens in the nation of their birth. Under international law, Israel has a right to exist and defend itself, especially from external threats. But Palestinians have no state to protect their right to exist, a fact that seems to get missed when tensions flare.

The mainstream media, whose management is dominated by persons with largely israeli interests, tend to highlight or skew the story along israeli lines with the palestinians always being the aggressor, despite their homes being religiously bombed and their lands confiscated for Israeli settlements.

The Right to Exist goes both ways


Israel’s government on Thursday said it had agreed to a bilateral cease-fire with Hamas. Here’s something that gets lost these days when we talk about the Middle East: There is currently no existential threat to the state of Israel. That’s a matter guaranteed by the United States, whose long-standing technological assistance and diplomatic support guarantees that anyone who seriously messes with the Israelis will face the military and economic wrath of the United States. Even Saudi Arabia, a country once considered to be Israeli’s lifelong archenemy, is on side these days.

The real issue in Israel is that Palestinians are, at best, third-class citizens in the nation of their birth. Under international law, Israel has a right to exist and defend itself, especially from external threats. But Palestinians have no state to protect their right to exist, a fact that seems to get missed when tensions flare.

While there are always dozens of strands leading to tension in Israel, this latest unrest has as its proximate cause a dispute between Arab tenants and Jewish landlords in an east Jerusalem neighborhood; a matter that is supposed to be settled by courts. Except those courts virtually always rule against Arabs when it comes to real estate matters in Israel. It reflects how the Israeli government on an ongoing basis declares parcels of land on which Palestinians live to be either of military or archeological importance, causing more residents to be evicted.

Sometimes there’s a court case in these disputes; almost always, the Palestinians lose. Yet months or weeks later, that same “important” land from which the Palestinians were evicted suddenly becomes home to a brand-new Israeli settlement. That’s what’s called “establishing facts on the ground”: As more and more Jewish settlers take over land on which Arabs lived, the occupied West Bank de facto becomes more Israeli and, in the explicit hopes of the Israeli government, more Jewish.

That calling the status imposed on Palestinians a form of apartheid is even remotely controversial is laughable. One look at a current map of Israel, Gaza, and the occupied territories conjures up only one other example: apartheid-era South Africa, and the “Bantustans” or “homelands” into which Black Africans were forced. Palestinians cannot freely travel to see relatives or do business in other Palestinian cities without passing through highly intrusive — and often humiliating — Israeli checkpoints.This is all part of a long-standing and deliberate attempt to force Arabs out, without regard to what happens to them next. Most Arabs who live under Israeli economic and military control are not Israeli citizens; that includes both those living in the territory Israel occupies and those inside the country’s official borders.

It is also an attempt to dilute their presence inside Israel itself, because to have Arabs as full participants is, in the opinion of the Israeli government and courts, diluting Israel’s status as an officially Jewish state. This means that despite how often American and Israeli politicians say it, Israel is not a true democracy. Arabs, whether or not they are actual citizens of Israel, are as a matter of law and the Constitution, second-class members of Israeli society.

Just prior to the pandemic I toured many of the contested areas and homes from which Arabs are being pushed out, both in Israel proper, and in the occupied territories. As things stand, Arabs are subject to remarkable restrictions in terms of where they live, how and when they can get to work and see friends and relatives in other parts of what they — and the United Nations General Assembly — consider to be the state of Palestine. The problem is that Israel runs the place — Palestinians don’t control the important parts of their lives, including basics like housing, water supply and electricity.

The U.S. shares Israel’s belief that Hamas, the group that governs the Gaza strip, is a terrorist organization that calls for the destruction of Israel. The rockets that the group have launched into Israel from the territory it controls are a real threat that have taken Israeli lives. And yes, Hamas at least at one point garnered the support of a majority of Palestinians in Gaza, a fact that Israel uses to justify its treatment of the residents. The Israeli government tells great tales about how the Gazans are self-governing and could be the Singapore of the Middle East if they would only eschew terrorism.

That’s a lie. Gazans cannot get treatment for cancer because Israel has banned the radiation equipment the treatment requires. A year and a half ago, I spent an hour and a half alongside an elderly Palestinian woman who was transferred between three ambulances, from Gaza to the no-man’s land in between, and then into Israel, to get cancer treatment. Again, that’s three ambulances over the course of a mile, over an hour to cross the border in an ambulance.

Hamas may not be in the best long-term interests of the Gazans, but the fragile peace that drapes over the moments between open conflict hasn’t really worked for them either. Faced with an Israeli government that pens them into what has been called the world’s largest open-air prison, they chose a government that most of us wouldn’t, one that is not given to negotiation and moderation and respect for its neighbor. It’s also a government that has been in place without new elections since 2006. Gaza, its government, and Israel’s approach to it, is a recipe for continued violence and bloodshed.

Israel needs a new approach to the Palestinians, and America needs a new approach to Israel. After more than seven decades of not just being deprived of land from which they were evicted but being subject to this false narrative that they live separate but equal lives over which they have meaningful control, the frustration of Palestinians with such unfairness runs deep. It may be worth going deeper than what you may hear inside your bubble and understanding the depth to which the Palestinian people are subject to apartheid in their own land, deprived of basic necessities and subject to relentless civil rights violations.

This is not a secret. It’s out there for you to see. You just have to be prepared to look for it.