PAHO’s Haiti Representative, Dr. Jean-Luc Poncelet said teams were hampered by difficult access, as roads were cut by the hurricane, and populations were displaced.
PORT-AU-PRINCE, Nov. 24, CMC – The Pan American Health Organization (PAHO) says Haiti’s Ministry of Health (MSPP) is nearing completion of its vaccination campaign against cholera, having reached more than 729,000 people with vaccines in Sud and Grand Anse departments, areas ravaged by Hurricane Matthew. 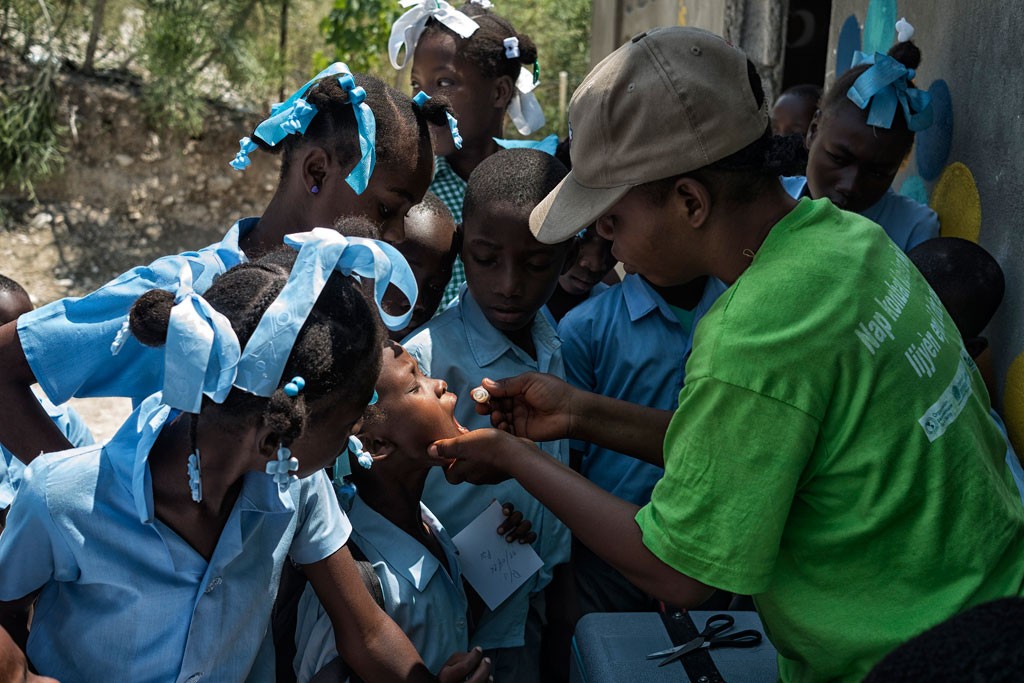 On Wednesday PAHO said with its support and that of other partners, vaccination teams fanned out across the two departments, with the aim of reducing the burden of cholera cases by immunizing people in 16 different communes.

Early reports from the Ministry of Health indicate that vaccination coverage reached 94 percent in Grande Anse and 90 percent in Sud Department, however, the communes of Moron (Grande Anse), Port-a-Piment, and Chardonnieres (Sud) had lower than average coverage.

In some areas, PAHO’s Haiti Representative, Dr. Jean-Luc Poncelet said teams were hampered by difficult access, as roads were cut by the hurricane, and populations were displaced.

Poncelet said Ministry of Health officials are now collecting data and consolidating results, while looking for pockets of unvaccinated people in the communes.

Epidemiologists and immunization experts were mobilized to support the campaign, which was carried out with one million doses of oral cholera vaccine provided by GAVI, through the Global Task Force for Cholera Control, Poncelet said.

He said the International Medical Corps (IMC), CDC, UNICEF, WFP, PIH, Gheskio, and other vaccination partners supported the Health Ministry in the campaign, with social mobilization and logistics, including cold chain to keep vaccines potent, and transport and support for vaccination brigades.

Haiti’s Minister of Public Health, Dr. Daphne Benoit, noted that, when the campaign began, “the vaccine is an additional intervention, which will help us to save lives, but does not replace the efforts that the government supports in the field of water and sanitation.”

Poncelet stressed the importance for all partners to join forces in assisting the Ministry of Health to “work together and with partners to build local capacity for clinical management of cases in the cholera treatment centers,” according to PAHO.

Since Hurricane Matthew struck Haiti on October 4, PAHO said more than 5,800 suspected cholera cases have been reported by the Ministry of Health.

At the same time, PAHO said the population in need of humanitarian assistance remains at 1.4 million, and more than 175,000 people are still in shelters.

The latest situation report, increases in suspected malaria cases have been observed in Grand Ánse and Sud both Departments, adding that Haiti’s National program for Malaria Control began fumigation and destruction of mosquito breeding sites.