NCL said that the Norwegian Sky will begin calls to Havana, Cuba in 2017.

“The timing for the Sky to drop Freeport, Grand Bahama, an island that is still recovering from the effects of Hurricane Matthew, which struck the island in October 2016, is regrettable. We look forward to Norwegian returning to that island in 2018,” Bahamas Tourism said in a statement. 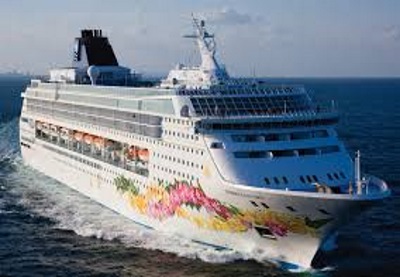 It said that NCL received approval for a one day per week sailing into Cuba, and that date coincides with their Freeport stop, which resulted in them dropping Freeport, Grand Bahama from its four-day schedule.

“Norwegian Cruise Lines have been sailing in The Bahamas for 50 years and all of its vessels are registered under the Bahamian flag. This not only proves confidence in our destination, but it is also a testament to our stability in the region,” Bahamas Tourism added.

“A total of 4,219,218 visitors cruised to The Bahamas through to November last year, compared to 4,066,530 for the same period in 2015. As a result, thousands of jobs and millions of dollars have been injected into The Bahamian economy as a result of the cruise industry.

“Moreover, many cruise lines who committed to move their itinerary to Asia have moved back to the region, where The Bahamas owns the market share. This is further evident in the investments by all major cruise lines including Norwegian, Royal Caribbean, Disney, MSC and Carnival Cruise Line. “

But the main opposition Free National Movement (FNM) said that the decision by CNL to withdraw from Grand Bahama underscores the downward spiral of the local economy.

“There are constant reminders every week of more hotels and resorts closing, more workers being laid off, and now we have cruise lines leaving our beautiful waters for other countries,” said FNM Deputy Leader, K. Peter Turnquest.

“This change in destinations will mean that The Bahamas will lose out on 25 cruises, which make stops in both Nassau and Freeport, in the second half of 2017. This will have major negative impact on our tourism industry.

“We will experience a loss of customers, a loss in revenues, and profits and an increase in our national debt. With the U.S.-Cuba relations on the mend, The Bahamas needs to work double time to ensure that other Cruise Lines do not end their calls on Bahamian ports.

“When companies start to leave the Bahamas and a trend is allowed to begin, it is hard to stop. This Progressive Liberal Party (PLP) Government has not been working to save these cruise lines from leaving rather they have focused solely on massive foreign-owned resorts. We need to catch ourselves from this death spiral quickly or we will be over the cliff before we know it.,” he added.