New Airport operators, Bermuda Skyport Corporation Limited, will work on building a new US$302 million airport terminal from next month with a completion date of 2020.
HAMILTON, Bermuda, Mar 22, CMC – A new Bermudian company, which has been handed the task of overseeing the redevelopment and operation of the L.F. Wade International Airport over the next 30 years, has been officially launched.

Bermuda Skyport Corporation Limited has taken over the stewardship of the airport from the Department of Airport Operations (DAO) and will work on building a new US$302 million airport terminal from next month with a completion date of 2020. 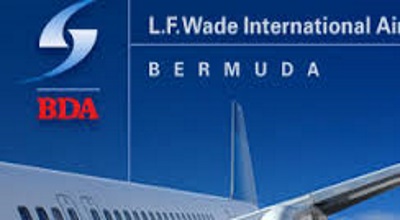 The green light for the project came in February after a string of protests as both political parties became embroiled in a bitter wrangle over its pros and cons after government announced in late 2014 it had agreed a 30-year public-private partnership deal with the Canadian government through Canadian Commercial Corporation (CCC) and Aecon, the Canadian contractor, to build a new terminal to replace the current one which is prone to suffering leaks during storms.

Skyport’s new president Aaron Adderley, who was general manager of DAO, hailed its launch on Tuesday as the start of a “new era”.

The existing building must now be “spruced up” for its remaining three and a half  years in service, he said.

“In the days and weeks ahead, we’ll be finalising a plan, parts of which have already been enacted, to address some of the facility deficiencies,” Adderley said.

Speaking in the departures area of the present terminal, he said Skyport would “manage and co-ordinate the overall delivery of the airport redevelopment project for a 30-year concession term”.

At the close of that term, in 2047, “Skyport’s lease with the government will end, and the day-to-day operation of the airport and its facilities will revert to the government of Bermuda”.

Adderley said 28 out of the 32 Bermudian Skyport jobs had been filled by department staff.

Recruiting is under way for 30 new jobs, he added.