BRIDGETOWN, Barbados Sep 24, CMC – What’s the future of the tourism industry in the region? For two days earlier this month, regional and international tourism stakeholders met here to seek an answer to this question with discussions on open skies policies dominating the Caribbean Tourism Conference (CTO) State of the Industry Conference (SOTIC).

At the end of their deliberations, the tourism officials from within the Caribbean and further afield, said they hoped their recommendations would not fall on death ears. 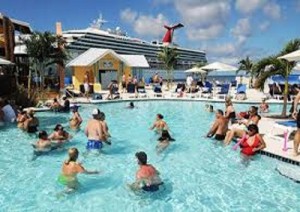 Perhaps the most poignant message came from the President of the World Tourism and Travel Council (WTTC) David Scowsill who warned Caribbean governments of the need to take urgent action to remove aviation and visa restrictions which he said were serving as major impediments ‎to the development of the regional tourism sector.

Scowsill told delegates that he remains “astonished” that after decades of discussion and negotiations among Caribbean States, intra-regional travel remains amazingly unproductive.

Warning that the Caribbean risks being left behind, ‎the WTTC official observed that since then other countries and regions had moved towards common aviation and open skies agreements.

But he was disheartened to return to the Caribbean years later only to find that very little, if anything had changed with travel taxes still too high, making travel among Caribbean people prohibitive.

‎“Taxation is far too high in Caribbean aviation, it is not quite as high in the APD (air passenger duty) in the UK, or in relation to passenger ‎insurance in Australia, but something has to be done in this region because these taxes are detrimental to GDP (gross domestic product) and people seeking to travel across the region.”

He said attention also needs to be paid to adopting a ‎common visa system.

“It is fine when a system like this can be put in place in time for the world cricket up, but disappointing when it disappears shortly afterwards.

“I therefore urge Commissioners and Tourism Ministers to examine their visa processes carefully because some of the worries people have to deal with at their High Commissions ‎abroad are frankly not good enough,” Scowsill said.

He called for the issue to be handled urgently by a group ‎of “forward thinking prime ministers” adding that the time was right for the Caribbean to put aside it’s specific island focus and focus on what’s going to be a competitive future.

Scowsill contends that the single biggest opportunity for the Caribbean aviation sector is to open up the region allowing for inter-islands linkages through cultural exchanges and experiences.

He said that the opportunity for inter-island tourism is immense but people are only going to start traveling for leisure purposes if the whole aviation picture changes.

“The region’s aviation taxes need to ‎be significantly reduced and the incentives created for airlines to operate these inter-island routes.

“Just think of other parts of the world where there are open skies agreements, there are low cost carriers connecting small communities with each other‎, where people travelled mainly on buses, ferries or trains.

“Exactly the same model can be created in the Caribbean, with the right legal structure created to encourage airlines to fly island hopping routes more frequently.

‎The argument/discussion that something needs to be done to spur or revive intra-regional travel surfaced at the conference even when the subject was not officially up for discussion. 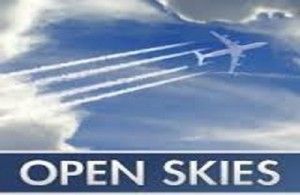 The general consensus appeared to be that Caribbean people will only begin travelling to their neighbouring states again once the environment becomes conducive, by making travel affordable through the reduction in airfares.

Two prominent airline officials in separate presentations to the conference disclosed that the world’s emerging markets are becoming more significant thus justifying the need ‎to strengthen intra-Caribbean connectivity and ensuring that investment coming here is reaching all of the islands of the region.
David Appleby of the Roots Forum, Strategy ‎and Marketing Incorporated points out that travel to the Caribbean from the Middle East has grown by 200 per cent in the last four years, with 90,000 arriving in this region last year as compared to 34,000 in 2012.

Appleby said that the element of protectionism will continue to haunt the Caribbean unless a serious effort is made to open the skies to competition from other carries.

The former United Airlines Executive said that the argument or belief that more than one carrier can’t survive in the region was put to rest some years ago when the Barbados based Red Jet sought to compete with the two existing carriers LIAT and Caribbean Airlines.

“With the entry of Red Jet the two regional carriers reduced their fares to try and squeeze the Barbadian carrier out of the market. What the move did initially was that it actually ended up growing the market.

“So although there was an immediate reaction to Red Jet which suggested that it would take the market away, the opposite occurred with more airline seats becoming available at a cheaper price, it increased the size of the market.

“So the message here is competition is good and would grow the market rather than put you out of business,” the aviation expert noted.‎‎

Chief Commercial Officer of the Curacao Airlines Jurgen Lippinkhof summed up his own presentation by contending that the best way forward in stimulating intra-Caribbean connectivity was to be open and courageous.

“Encourage the competition to come to your island regardless of the fact that there may be competition against the state or regional carrier, and allow the entrance of other carriers to grow the market by means of price stimulation, as there is not going to be an adverse effect.”

He said there needs to be another effort at privatizing the programme of state or regional carriers to allow the governments to become more impartial adding that “stimulating regional traffic has to be done by allowing regional competition.”

Lippinkhof said the Caribbean needs to consider whether there is need for a one Caribbean approach to air travel.

“Is it possible to create one sole travel area for all passengers, no borders, no passports beyond the original point of entry, can the airline passenger be afforded the same concessions as the cruise passenger?

“There needs to be a waiver done with potential airlines to mitigate the risks and offer incentives and this does not have to be revenue guarantees,” he contended.

The former KLM executive recommends that regional governments opt for volume agreements with airlines as opposed to revenue guarantees.