Chief Justice Ivor Archie said voters can feel confident that nothing untoward had taken pace during the polls last year.
PORT OF SPAIN, Trinidad, Oct 19, CMC – The Court of Appeal Wednesday dismissed an appeal by the main opposition United National Congress (UNC) challenging the ruling of a High Court judge that had in August dismissed  five election petitions challenging the outcome of the September 7 general elections last year.

In a ruling lasting less than one hour, Chief Justice Ivor Archie, reading the unanimous decision of the three-member panel, said voters can feel confident that nothing untoward had taken pace during the polls last year.

“It cannot be said that any corrupt practice was undertaken,” he said, even as the Court of Appeal acknowledged that the Elections and Boundaries Commission (EBC) was wrong to extend the voting time.

Justice Archie, who said that the written judgement will be given at a later date, said that while the EBC did exceed its power by extending the voting time, it was not so outrageous a breach to declare the election result null and void.

Justice Archie also said that the UNC did not present any evidence to suggest that the extension of time was done to favour any political party.

Justice Archie said that any amendment to the law to broaden the powers of the EBC should something similar happen in future, was a matter for the Parliament and not the Judiciary

Justice Dean Armorer had ruled in August that it is her view that the elections of 2015 in Trinidad and Tobago “were substantially in accordance with the prescribed law and it does not appear to be that the breaches affect the results”.

The UNC, the biggest partner in the coalition People’s Partnership government that had governed the country from 2010-2015, had in petitions challenged the unilateral decision of the EBC to extend the voting period by one hour in Trinidad only due to the inclement weather on polling day. 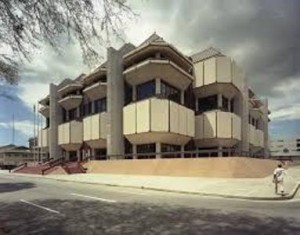 The UNC is appealing the ruling of High Court Judge, Justice Mira Dean Armorer, in dismissing their election petitions in August.

In her 54-page ruling, Justice Dean Armorer said: “I have in these petitions strove to hold the balance to protect the will of the majority, while ensuring that the patent mistakes of the Electoral and Boundaries Commission (EBC) not reduce the election of 2015 to a mere sham.”

She said it is her view that the elections of 2015 in Trinidad and Tobago “were substantially in accordance with the prescribed law and it does not appear to be that the breaches affect the results”.

“It is therefore my view and I hold that the election petition should be and is hereby dismissed.”

The UNC had originally challenged the results in the San Fernando West, La Horquetta/Talparo, Toco/Sangre Grande, Tunapuna, St Joseph and Moruga/Tableland constituencies, which they lost and considered marginal. But the High Court had earlier dismissed the petition in the La Horquetta/Talparo, on the grounds that it had been filed late.

The Court of Appeal gave its reasons for delivering the oral judgement, soon after hearing the legal arguments, noting it did not want to keep the population unsure about the legality of the election.

The Court of Appeal also ruled that each party must now pay its own costs.

Minister in the Office of the Attorney General Stuart Young, speaking to reporters said the PNM had expected the verdict, noting the Court of Appeal had found that “Trinidad and Tobago last year “did participate in free and fair elections that met all of the constitutional standards of the democracy of Trinidad and Tobago.

“So we feel a great level of vindication in this (and) at all times the People’s National Movement was of the opinion that this was merely an attempt by the United National Congress to try and confuse the people of Trinidad and Tobago into believing that they had won the elections.

“In fact you found that the Leader of the Opposition (Kamla Persad Bissessar) up to this week on Monday when they were entering court was still saying they felt they would be victorious and the elections were not a free and fair elections in Trinidad and Tobago.

“We have just had a unanimous Court of Appeal rule by the contrary where they found that the elections did meet all constitutional standards,” Young said, adding “this brings to an end the debacle that the UNC has put the population through”.

He told reporters that another important point made in the ruling is that “these election petitions should be dealt with expeditiously so the public of Trinidad and Tobago can get on with certainty as to who is governing Trinidad and Tobago”.

But attorney Gerald Ramdeen, one of the lawyers representing the UNC, told reporters that this was a matter in which the appeal and the cross appeal by the EBC and the PNM had also been dismissed.

“Most importantly the law has been clarified and the Court of Appeal has held as did the judge at first instance that the Elections and Boundaries Commission acted illegally in extending the poll for that extra hour on the seventh of September 2015 in the general election.

“We consider this a major legal victory on behalf of the people of Trinidad and Tobago because when this matter was first brought many thought it was a matter without merit,” he said.

Ramdeen said with a Local Government election due by year end “the EBC now we hope will understand what is their remit according to the Representation of the People’s Act and the Constitution and the election rule.

“So we consider this a major victory on behalf of the people of Trinidad and Tobago (and) so what it does, the decision of the Court of Appeal today vindicates the rule of law and it clarifies what are the boundaries for the Elections and Boundaries Commission,” he told reporters.