WASHINGTON, Sep. 11, CMC – The Pan American Health Organization (PAHO) has launched a new publication which highlights strategies for suicide prevention in the Americas, including the Caribbean, where about 65,000 lives are lost annually to this preventable cause of death. 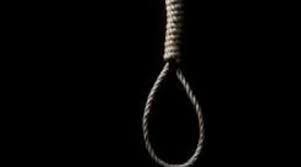 PAHO says the publication was launched within the framework of World Suicide Prevention Day, held every year on September 10.

“Connect. Communicate. Care” is this year’s slogan for World Suicide Prevention Day, which has been observed since 2003, promoted by the International Association for Suicide Prevention (IASP) in collaboration with the World Health Organization (WHO).

The latter is addressed in the new PAHO publication, prepared together with the Ramón de la Fuente Muñiz National Institute of Psychiatry, a WHO Collaborating Center in Mexico.

PAHO says publication “provides essential information aimed at a better understanding of suicidal behavior and the principal strategies for addressing it––from the time it is reported until the corresponding interventions are assessed––in light of experiences currently underway in the Region,” said Dévora Kestel, head of PAHO’s Mental Health and Substance Use Unit.

The publication notes that prevention of suicidal behavior offers an overview of suicide around the world from the WHO perspective.

It includes a summary report prepared by PAHO on suicide mortality in the Americas, with reports from Central America, the Dominican Republic, Chile, Cuba, Guyana, Mexico, Nicaragua, and Puerto Rico.

In recent decades, and especially since 2000, the health organisation says several national suicide prevention strategies have been developed.

These strategies encompass various prevention measures, such as surveillance, restricting the means of attempting suicide, guidelines for the media, reducing stigma and raising awareness in the general population, and training health workers, educators, police officers, and other “guardians.”

“Suicide is a complex issue with a multitude of intervening factors and no single response to the problem,” said PAHO, adding that the publication includes chapters on factors associated with suicidal behavior, addressing topics such as religion and spirituality, substance use, and the role that personality plays in suicide treatment and prevention among adolescents.

Suicide is one of the leading causes of death in the world, especially among young people.

More than 800,000 people around commit suicide each year – that equals, one death by suicide every 40 seconds.

PAHO states that the figures do not include attempted suicide, which occurs more frequently than death by suicide.

“Health services should make suicide prevention a key component of their health strategies,” said Kestel, adding that “early detection of mental health problems, harmful use of alcohol, and substance use is essential in order to for people to receive the care they need.”

The health organisation says while a considerable amount has been learned about suicidal behavior in recent decades, suicide remains a low priority on the public health agenda.

It adds that the new report is expected to serve in the preparation and implementation of comprehensive suicide prevention strategies, rational interventions, and the assessment and scale-up of interventions.

In observation of World Suicide Prevention Day, PAHO said it will hold a virtual seminar on the available strategies for suicide prevention on September13.

During the session, representatives of Colombia, Cuba, and Guyana will share their experiences and efforts to prevent suicide in their countries.