WASHINGTON, Dec 24, CMC – From the Zika epidemic and the birth of thousands of babies with congenital malformations, through the declaration of measles as eliminated from the Americas, the Pan American Health Organization (PAHO) says 2016 is a year of “serious challenges and important successes” for health in the Caribbean and other places in the Americas.

The Washington-based health organization said that it worked with the countries of the region to address emergencies and disasters, including Hurricane Matthew in Haiti, while continuing to support country efforts to reduce, control and even eliminate myriad diseases.

PAHO said it also published a number of new reports and issued guidance on key health issues, including its new Nutrient Profile Model, which establishes criteria for defining excess levels of sugar, salt and fats in processed foods and beverages, “all to improve the health of people in the region”.

In February, PAHO defined new criteria for what is “too much” sugar, salt and fat in processed food and drinks in presenting a new Nutrient Profile Model.

“The model is intended to help Caribbean governments develop more effective policies to encourage healthy eating,” said PAHO, stating that the overall objective is to improve unhealthy dietary patterns in the region “that are contributing to the growing epidemic of chronic diseases, ”such as heart disease, cancer and diabetes. 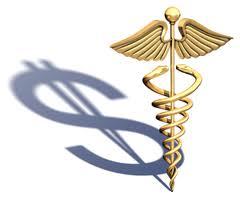 The PAHO Nutrient Profile Model provides away for governments to identify unhealthy products and use public policies to discourage their consumption while making it easier for consumers to focus on traditional diets based on fresh or minimally processed foods,” said PAHO assistant Director Francisco Becerra.

“We have data showing that the consumption of nutrient-poor, calorie-rich ultra-processed foods in countries of the Americas is directly related to growing rates of overweight and obesity,” said Chessa Lutter, PAHO Senior Advisor on Food and Nutrition.

The model defines processed foods as food products that are industrially-manufactured using salt, sugar or other ingredients to preserve them or make them more palatable.

Ultra-processed foods are defined as industrially-formulated food products that contain substances extracted from foods, such as casein, milk whey and protein isolates, or substances synthesized from food constituents, such as hydrogenated oils, modified starches and flavours.

Drawing on the best scientific evidence available, the model classifies processed and ultra-processed foods and beverages as having “excessive” amounts of sugar, salt and fat,” PAHO said.

The model also specifies that products whose ingredients include artificial or natural non-caloric or caloric sweeteners should be defined as “containing other sweeteners.”

PAHO said the new criteria are meant to be applied to all processed and ultra-processed foods, ranging from pickled vegetables and lunch meats to chips, ice cream, flavoured yogurts, cereals and cereal bars.

The criteria do not apply to unpro­cessed or minimally processed foods, such as fresh or frozen vegetables, legu­mes, grains, fruits, nuts, roots and tubers, meat, fish, milk, and eggs, or to freshly prepared dishes made with those foods, PAHO said.

Other policies supported by the new criteria include front-of-package labels that alert consumers to products or beverages that contain excessive sugar, salt or fat; taxation of unhealthy products, such as sugar-sweetened soda; and changes in agricultural subsidies and social programmes that encourage production and consumption of fresh, whole foods.

In April, PAHO said one in 12 inhabitants -some 62 million people -live with diabetes in the Americas, including the Caribbean.

It said the number has tripled since 1980, declaring that diabetes is currently the fourth-leading cause of death in the hemisphere, following heart attacks, strokes and dementias.

If current trends continue, PAHO said experts warned that nearly 110 million people in the region will have diabetes by 2040.

The first Global Report on Diabetes from the World Health Organization (WHO) was launched in early April in Geneva and Mexico City, as part of the 2016 World Health Day campaign, which was dedicated to diabetes.

The WHO report highlights the urgency of stepping up efforts to prevent and control diabetes, particularly through public policies that support healthy lifestyles and by ensuring that health systems are able to promptly diagnose, treat and care for people with diabetes.

“The best way to prevent diabetes is for people to follow a healthy diet, avoiding ultra-processed foods and sugary beverages that are high in calories and low in nutrients, and to engage in regular physical activity to help maintain a healthy body weight,” said PAHO’s Dominican-born director Dr. Carissa F. Etienne.

Preventing diabetes, however, “is not just an individual responsibility,” Etienne noted. Rather, she urged governments to adopt effective public policies and measures that help “make the healthy choice the easiest choice to make.”

Diabetes is a progressive chronic disease characterized by high levels of blood glucose, according to PAHO, stating that it is a major cause of blindness, kidney failure, lower limb amputation and other long-term health problems “that have a significant impact on quality of life and increase the risk of premature death.”

In addition, PAHO said medical care for diabetes and its complications take a high financial toll on families and health systems.

In 2014, PAHO said diabetes-related health spending in the countries of the Americas amounted to some US$382 billion.

The vast majority of people with diabetes suffer from type 2, which is closely linked to overweight and obesity, as well as sedentary lifestyles, PAHO said.

In the Americas, PAHO said more than 60percent of the population is overweight or obese, largely as a result of life style changes related to development and globalization.

The new WHO report says the rise of diabetes can be slowed through a combination of fiscal policies and legislation aimed at changing the environment in which people make lifestyle decisions, along with greater public awareness of the need to address the top risk factors for the disease.

The report urges measures to reduce consumption of unhealthy foods, including increased taxes on sugary drinks and front-of-package labelling that alerts consumers to excessive fat, sugar and salt in processed foods.

The new report emphasizes that people with diabetes can live long and healthy lives if their condition is diagnosed early and is well managed.

In some countries of the region, however, PAHO said as many as 40 per cent of people who have diabetes do not know it, and 50-70 per cent do not have their condition controlled.

In September, PAHO said the region of the Americas was the first in the world to have eliminated measles, a viral disease that can cause severe health problems, including pneumonia, brain swelling and even death.

This achievement culminates a 22-year effort involving mass vaccination against measles, mumps and rubella throughout the Americas, PAHO said.

The declaration of measles’ elimination was made by the International Expert Committee for Documenting and Verifying Measles, Rubella, and Congenital Rubella Syndrome Elimination in the Americas at PAHO’s 55th Directing Council.

PAHO said measles is the fifth vaccine-preventable disease to be eliminated from the Americas, after the regional eradication of smallpox in 1971, poliomyelitis in1994, and rubella and congenital rubella syndrome in 2015.

“This is a historic day for our region and indeed the world,” Dr. Etienne said. “Itis proof of the remarkable success that can be achieved when countries work together in solidarity towards a common goal. It is the result of a commitment made more than two decades ago, in 1994, when the countries of the Americas pledged to end measles circulation by the turn of the 21st century.”

In the Americas, it said101, 800 deaths were attributable to measles between 1971and 1979. A cost-effectiveness study on measles elimination in Latin America and the Caribbean has estimated that, with vaccination, 3.2 million measles cases will have been prevented in the region and 16,000 deaths between 2000 and 2020, PAHO said.

“This historic milestone would never have been possible without the strong political commitment of our Member States in ensuring that all children have access to life-saving vaccines,” Etienne said.

“It would not have been possible without the generosity and commitment of health workers and volunteers who have worked so hard to take the benefits of vaccines to all people, including those invulnerable and hard-to-reach communities.”

PAHO said measles is one of the most contagious diseases and affects primarily children. It is transmitted by airborne droplets or via direct contact with secretions from the nose, mouth, and throat of infected individuals.

Symptoms include high fever, generalized rash all over the body, stuffy nose and reddened eyes, said PAHO, adding that it can cause serious complications, including blindness, encephalitis, severe diarrhea, ear infections and pneumonia, particularly in children with nutritional problems and inimmuno compromised patients.

With new diseases emerging every year, severe weather events on the rise, and large numbers of people living in disaster-prone areas, PAHO said the countries of the Americas now more than ever need to be prepared to respond to health emergencies.

In this  regard, the region’s health leaders in late September endorsed a frame work for integrated efforts to ensure that health systems are more resilient in future health emergencies.

“One of the key lessons the world learned from the Ebola epidemic was that weak health systems—those that cannot meet people’s health needs in normal times—cannot cope effectively with epidemics or other health emergencies,” said James Fitzgerald, director of PAHO’s Health Systems and Services department, during PAHO’s 55th Directing Council meeting.

“Preparedness requires more than emergency plans and simulation exercises,” he said. “It means strengthening other core aspects of health systems, from human resources and access to medicines, to health information systems and even legal measures to support public health action.”

PAHO said it developed the new “Resilient Health Systems” framework to provide an “integrated approach” for its technical cooperation with countries in the areas of disaster preparedness, risk reduction, and response; disease surveillance and outbreak management; and health system strengthening and universal health, including in the areas of health sector governance and regulation.

The framework calls for actions and investments in all these areas and within a broader sustainable development framework that fosters human development, social participation, and economic and social stability.

The framework urges countries to continue strengthening their implementation of the International Health Regulations (IHR), the internationally-agreed rules that govern how countries report and respond to unexpected outbreaks and other health events of potential international concern.

According to PAHO, the framework emphasizes investments in primary health-care services as essential, ensuring that these services are universally available and linked together in networks that are “adaptable and responsive.”

It also calls for ensuring reserve capacity, with the necessary supply of appropriate health workers, financing, medicines, and health technologies to allow a rapid scale-up of health services during acute or sustained health events.

“The premise is that investing in health systems resilience is considerably more cost-efficient than financing emergency responses,” Fitzgerald said. “But a fragmented approach is not enough. We need to address both traditional disaster and disease risks as well as longer-term internal and external risks that affect the ability of health systems to respond well in both normal times and during health emergencies.”

“Take the Challenge”: End AIDS” was PAHO’s campaign slogan for World AIDS Day on December 1, which urged governments and society to intensify nine measures to end the epidemic of AIDS by 2030.

Providing and promoting the use of condoms and lubricants, providing HIV testing in areas frequented by the key populations, and expanding access to pre-exposure(PrEP) and post-exposure (PEP) prophylaxis are some of the measures that, if reinforced, could help end AIDS as a public health problem within 15 years, PAHO said.

“HIV remains a threat to global health and requires a strategic global and regional response,” Dr. Etienne said. “We must intensify efforts in combined prevention early detection and access to treatment, which are the keys to halting transmission of the virus in the coming years.”

PAHO said nearly two million people are living with HIV in Latin America and the Caribbean, adding that, each year, 100,000 people acquire the virus and 50,000die from AIDS-related causes.

However ,in the last five years, PAHO said there has been a slight increase in cases(0.7 per cent), particularly among men.