Dr Edward Greene, the United Nations Secretary-General Special Envoy for HIV in the Caribbean
PORT OF SPAIN, Trinidad, Feb 4, CMC – Caribbean faith leaders who meet here to discuss ways of reducing and even eliminating the spread of the HIV/AIDS virus have drawn up a number of recommendations they hope regional countries will adopt in the future.

The two-day conference, which was supported by the Pan Caribbean Partnership Against HIV and AIDS (PANCAP), the Global Fund to Fight AIDS, Tuberculosis and Malaria and AIDS HealthCare Foundation, brought together an estimated 55 religious leaders from 14 Caribbean countries, representing Christian, Muslim, Hindu, Bahá’í, Voodoo faiths. 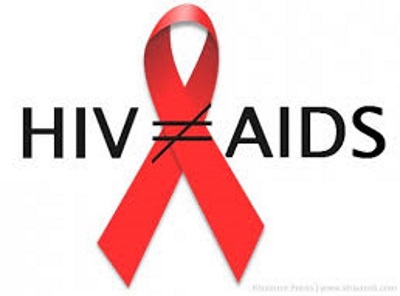 The initiative was coordinated by the Planning Committee of Religious Leaders and PANCAP, and focused on the theme, ‘Religious Leaders’ Contribution to the End of AIDS by 2030’.

In their recommendations, the conference endorsed the ttargets outlined in the 2016 UN High Level Political Declaration to fast-track the end of the AIDS epidemic by 2030; agreed on the need to promote healthy living of people at all ages of the life cycle by placing emphasis on plugging the prevention gaps includes stressing family values, age appropriate sexual education, creative communication approaches and the dissemination of information to reach various audiences;

They also called for particular attention to be paid to actions that address the reduction of violence against women, girls and adolescents and the inclusion of men and boys in this venture and to secure sustainable technical and financial resources for programmes led by FBOs through shared responsibility and collaboration with  government and non-governmental stakeholders  and development partners;

There was also a recommendation to explore the  short and medium-term actionable recommendations of the PANCAP Justice for All (JFA) Roadmap, especially in so far as they enable religious groups and organisations to effectively address the gaps in prevention and treatment interventions and continuing the dialogue on how to proceed with those elements yet to be resolved;

The meeting called for the establishment of a Network of Religious Leaders interconnected with national focal groups to achieve a more consolidated approach to ending AIDS with a mechanism for effective communication and dissemination of information.

Head of the Planning Committee, Canon Garth Minott stated ‘leaders were mindful that our common religious heritage positioned us to engage in discussions about faith, justice, love and peace, mindful that we are one family under God’.

The conference was addressed by several people including Dr Edward Greene, the United Nations Secretary-General Special Envoy for HIV in the Caribbean, Dr Kevin Harvey, Regional Director of the AIDS Healthcare Foundation (AHF), Dereck Springer, Director of the PANCAP Coordinating Unit, and , Professor Clive Landis, Deputy Principal at the Cave Hill campus of the University of the West Indies.

Rev. Phumzile Mabizela, Executive Director International Network of Religious Leaders Living With or Personally Affected by HIV and AIDS (INERELA+) encouraged religious leaders to see themselves as a positive force for change and advocated for removing policy and legislative barriers to effectively deal with HIV.

“Today we have the science to end this epidemic. What we lack is the social movement and will of communities. We need you in the faith community more than ever before. We know that religious organisations hold positions of trust at the center of communities.

“This makes you uniquely positioned to provide services and support that extend beyond the reach of many public health systems. Through ongoing training and sharing, your capacity will be strengthened. UNAIDS is committed to supporting this process”.

He said ‘as faith leaders you have a powerful impact on the way communities think and act. Your work to address stigma and discrimination in the wider community is critical.

“As you have affirmed during this consultation, HIV is a virus not a moral judgement. I urge all partners to collaborate and contribute based on our shared values relating to the inherent value of life, human dignity and compassion”.

More in this category: « Guyana to attend WHO conference in Geneva CARPHA says several cancer deaths are preventable »