Havana, Apr 27 (Prensa Latina) Mambisa, Cuba's only anti-Covid-19 vaccine candidate administered nasally, managed to get more than 70 percent of the volunteers participating in the clinical study to increase their antibody titers fourfold, they reported today.

According to the statements of Gerardo Guillén, director of Biomedical Research at the Center for Genetic Engineering and Biotechnology (CIGB), the trial included 1,041 convalescents, half of whom were inoculated with the Abdala vaccine and the rest with Mambisa as a single dose reinforcement.

Currently, he said as part of his presentation at the BioHabana 2022 Congress, we have evaluated almost all the samples and we can report that the success criteria of the trial are met, since 80 percent of the volunteers already reach the expected levels of response.

Cuba's Centre for neuroscience In short, he said, 96 percent exhibit a high level of protection after receiving the benefit of the immunizer.

Likewise, he added that in the case of Mambisa, the induction of specific memory cells of the nasal mucosa was confirmed.

This allows us to anticipate that the vaccine contributes to a sterilizing immunity, that is, in addition to preventing the severity or symptoms of the infection, it cuts transmission, one of the fundamental objectives of nasal vaccines.

To date, Guillén said, there are 349 vaccine candidates in development in the world, 38 of which already have authorization for emergency use, but of these, only 13 are administered by the nasal route and most of them are in early stages of clinical evaluation. 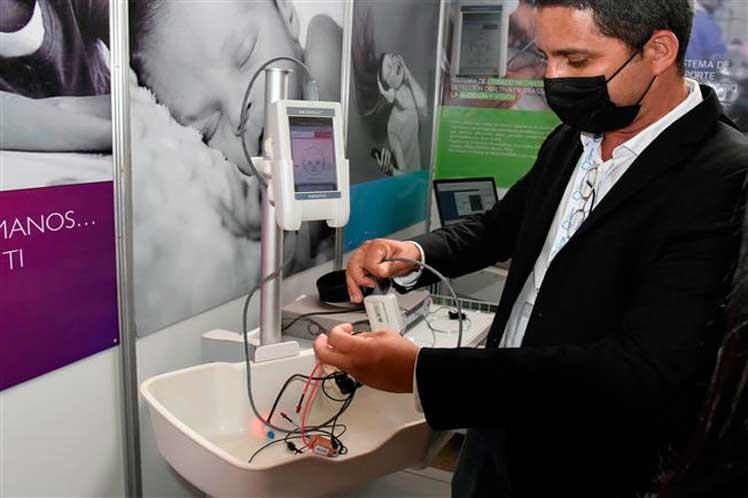 Since 2021, Cuba has applied the Abdala vaccine, manufactured by that same institution, and the first conceived and produced in Latin America, with a demonstrated efficacy of 92.28 percent.

The BioHabana 2022 Congress, which is in session from last Monday until next Friday the 29th, brings together delegates and guests from 51 countries at the Havana Convention Center.