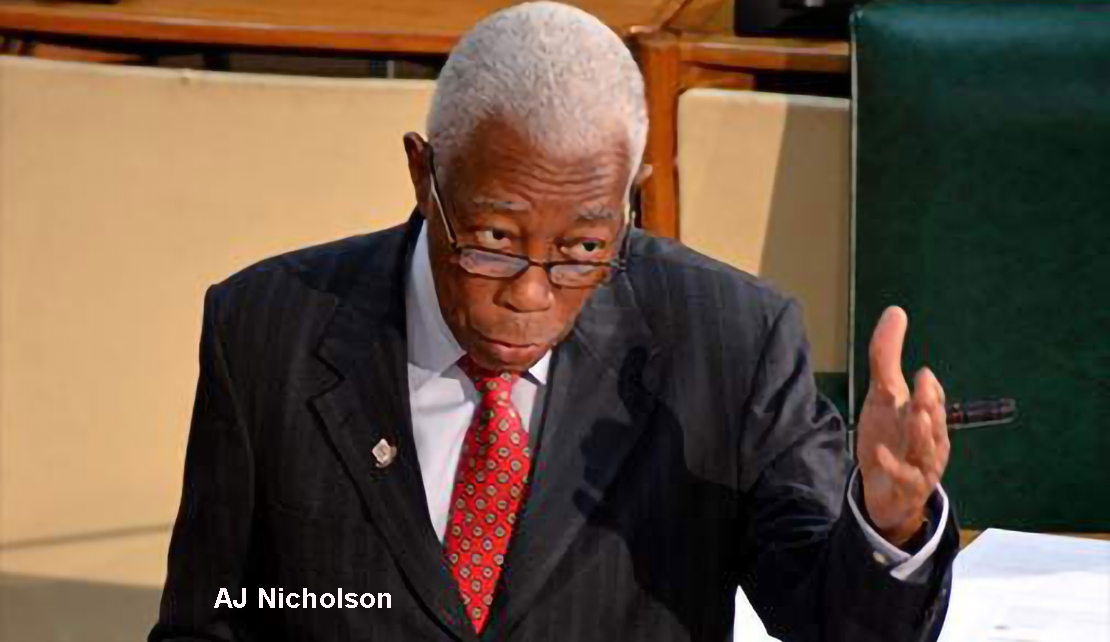 KINGSTON: January 14, 2022 -The following are six "Awkward Questions" to Justice Minister Delroy Chuck and  Minister of Finance and the Public Service Dr Nigel Clarke, from former Justice Minister and Attorney General A. J. Nicholson, or as he says, "Ah noh Nutten?"

Finance Minister Dr. Nigel ClarkeWith matters relating to constitutional reform having recently popped up once again onto the national agenda, and at this the start of the 60th anniversary year along the independence journey, here are six (6) questions for you touching and concerning access to justice, frugality in dealing with government finances and, pointedly, your sworn commitment to take decisions which are unerringly geared toward the best interests of the people of Jamaica:

ONE: In these burdensome economic times, how does the government, including yourselves, credibly explain to Jamaican taxpayers how their best interest is served by the utterly brainless situation in which our citizen litigants and the authorities themselves have to expend scarce British pounds to have matters heard by our final appeal court and, at the same time, duty bound to satisfy Jamaica's annual financial treaty obligation toward the upkeep and proper functioning of the Caribbean Court of Justice (CCJ)?

TWO: How can the Government remain cavalierly unconcerned about Jamaicans being the only people on the planet who are required to obtain a visa to enter the country where one of their courts as well as the residence of Jamaica's head of state, the British monarch, are located? (Imagine! Trinidad and Tobago has long moved away from the monarchy but, extraordinarily, continues to have the British Privy Council as their court of last resort, and yet for their citizens, there is no need to obtain any visa to enter the United Kingdom). 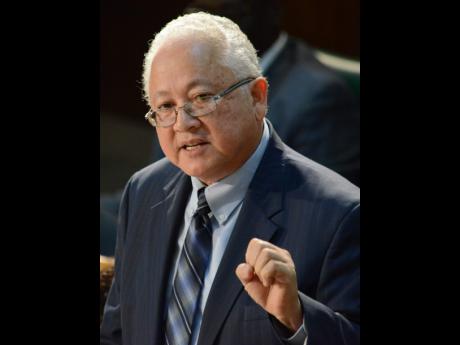 Justice Minister Delroy Chuck THREE: How does the Jamaica Labour Party (JLP) leadership justify having Jamaicans continue to seek final justice from a British institution in the face of their insistence that the powers in Britain, who have at the highest level publicly urged our departure, unjustly continue to withhold from the Jamaican people what is legitimately due to them for reparation arising out of the unspeakable horrors of the Transatlantic slave trade, recognised by the 2001 UN Durban Declaration as a crime against humanity?

FOUR: What is the driving force behind the JLP's stated inane claim that "pure justice comes from the Privy Council", which anchors their reason for the latter-day resistance against Jamaica de-linking from the British court, when even the judges of the Privy Council, in due recognition that their own human fallibility serves to rebut and completely dispel any such notion, reserve to themselves the power to reverse their previous ruling whenever they consider that the interest of justice so requires?

FIVE: Confronted by such a cauldron of depressing factors, what is the logic that propels the JLP leadership to remain unconvinced of the wisdom of Jamaicans joining their regional family in Guyana, Barbados, Belize and Dominica - who have raised no complaints concerning the competence of the judges whose scholarly judgments and the wholesome integrity of the CCJ enjoy global acceptance - in order to have that seminal segment of the constitutional reform process placed firmly behind us, and by responsibly exhibiting prudent husbanding of our scarce public resources, provide for Jamaica's too long deprived citizens unimpeded access to their court of last resort right here on Jamaican soil?

SIX: How is it possible for the Jamaican people, at home and in the diaspora, faced with strong evidence of accustomed arrogant and dismissive silence on these issues within government circles, to escape the clear conclusion that, as far as this JLP administration, including yourselves, are concerned, ah noh nutten?