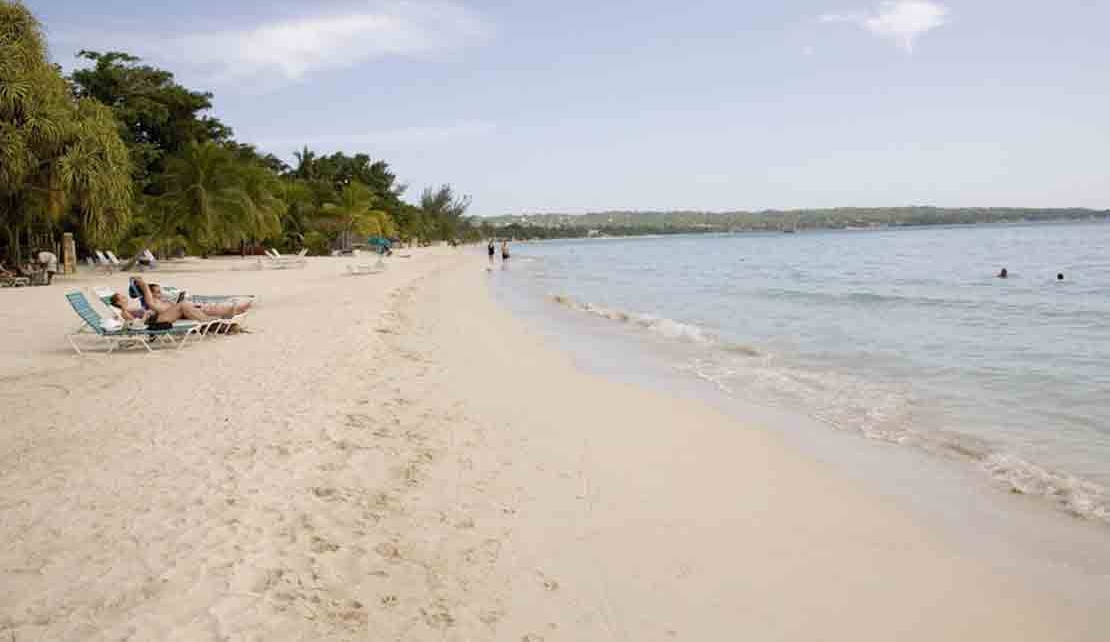 There is a new push from the wealthy and ownership class in Jamaica to deprive and dispossess the masses of the wealth, resources and treasures of the nation even further than has been done in the past.

Here in Jamaica we are entering a new phase of natural resource privation and national usurpation politically and economically which can justly be described as a new colonization.

The nature of theft and dispossession is alarming but unsurprising. However, the method of this usurpation is somewhat novel; the agency of domination, violence and plunder is not a foreign army of conquest, instead we are operating under a neoliberal governance apparatus where we as a nation are attempting to legislatively and even constitutively seeking to implement wealthy overlords as an overbearing landed, capital aristocracy whose desires influence and regulate the decisions of parliament.

A feudal arrangement if you will. One of the ways these wealthy overlords are given legitimacy is through their appointments on powerful government oversight boards such as the Economic Program Oversight Committee (EPOC) and the Tourism Enhancement Fund (TEF).

The targets of this current iteration of usurpers are myriad and requires much attention and vigilance if the social, economic and political plight of the citizenry is to be successfully addressed.

That being said, an important point of observation is the nation’s beaches which are under threat of a new round of privatization via the veil of new management and access policy arrangements by the government. 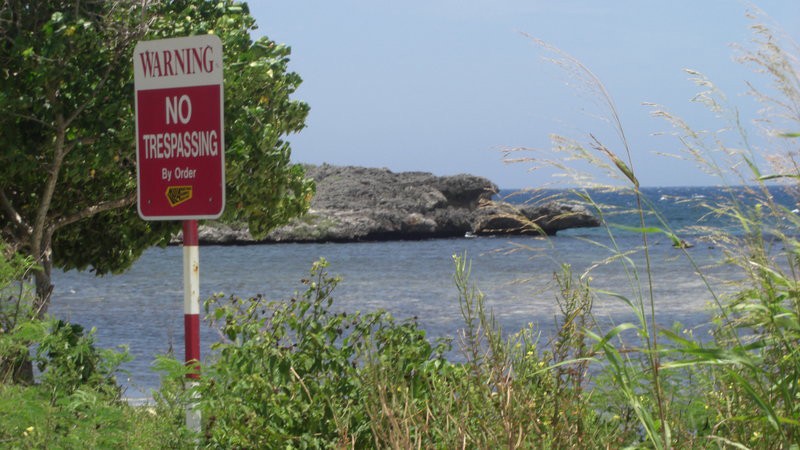 Jamaicans losing traditional access to their beaches through privatization by governmentJamaicans should therefore realize that we are losing access to our beaches to privatization — the special interests of big money and big business and that the current push to give access to the public for the beaches is simply a ploy to deprive us of our rights to said beaches and properties through the generation of policies that will see the already dispossessed having even less access to and ownership of public lands and the continued disappearance of our rights and privileges.

The Beach Control Act (1956) constitutes the institutional, social and legal negation of Jamaicans as humans deserving of rights, liberties and privileges regarding the nation’s beaches and their properties.

This guiding document for black people’s lives and liberties is a colonial declaration (at least regarding the beach) with lasting implications of political disenfranchisement which continues to the present day evident in the fact that the document to this day still performs the way it was engineered to more than sixty years later.

In 2004 some amendments were made to the Beach Control Act and there are a number of agencies and bodies tasked with regulating the nation’s beaches but various economic and political arrangements have seen and continue to see government cede control and management of beaches to external bodies which are inclined to serve the interests and demands of private business and private individuals.

This can be seen in the way the government allows the municipal authorities to fade into the background while the Tourism Enhancement Fund (TEF) steps into the fore to become a major decision maker regarding the regulation and management of the beaches. And these matters appear to be the ambit of the new Beach Access and Management Policy for Jamaica (March 2018, Revised March 2020) document — to soften the blow of the public losing control and whitewashing the situation in falsely making the case that access is increasing when in fact the plan is active to restrict beach access.

This is no mystery as on the North Coast where one can actually see and count the beaches being stolen and lost to privatization. A stolen legacy. 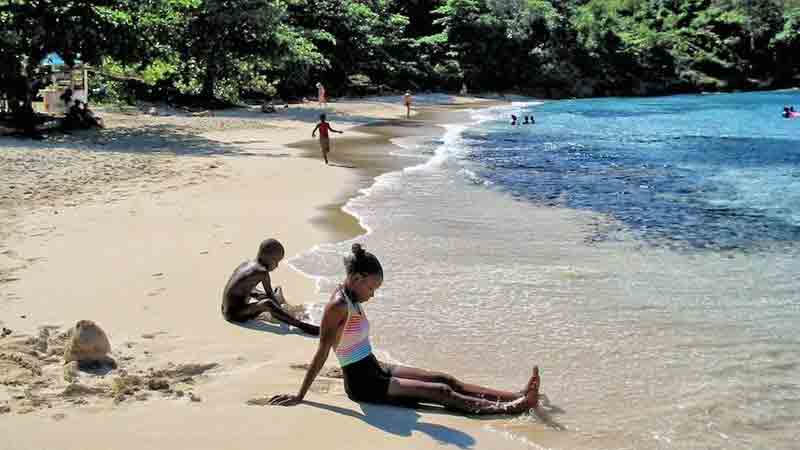 Winnifred Beach, Portland. A beautiful place.The government has provided a beach access document titled: Beach Access and Management Policy for Jamaica. The problem is that this document presents more questions than answers. For instance, the document lists the statutory bodies which are designated to manage and treat matters affecting the citizen and the beach.

These bodies include the municipal corporation (formerly the parish council), National Environment and Planning Agency (NEPA), National Resources Conversation Authority (NRCA) and the Urban Development Corporation (UDC) among others.

This document purports to be concerned with increasing public access to beaches through institutional efficacy. However, the question of equity arises where these government bodies appear to be subsumed under the governing and direction of the Tourism Enhancement Fund or some other obscure interests.

Rather than a publication of clarity, the policy document expresses itself as a Trojan horse where it pretends that interests outside the control of the public will benevolently guide and provide increased access to more beaches while at the same time will increase the quality of said beach facilities.

The suspicion is especially justified where the policy document continually makes a statement of intent to increase beach access but later declares that each parish will have access to at least one public beach.

This unicorn math reveals its absurdity when we take stock of the fact that each parish already has several beaches. In the case of St. Ann it is reported to have nine beaches. Not to mention that coastal communities have been witnessing their beaches being taken away so people are being dispossessed and disempowered at the same time.

The legitimacy of these policy and management arrangements need to be scrutinized. The defunding or non-funding of important bodies like the municipal corporation consequently limiting or breaking their capacity to operate effectively is especially concerning.

The public should not confidently expect impartial leadership from agencies like TEF whose interests are likely to be opposed to those of the masses. This would not be surprising as TEF’s priorities are those of the tourism industry and not the social welfare of the public. 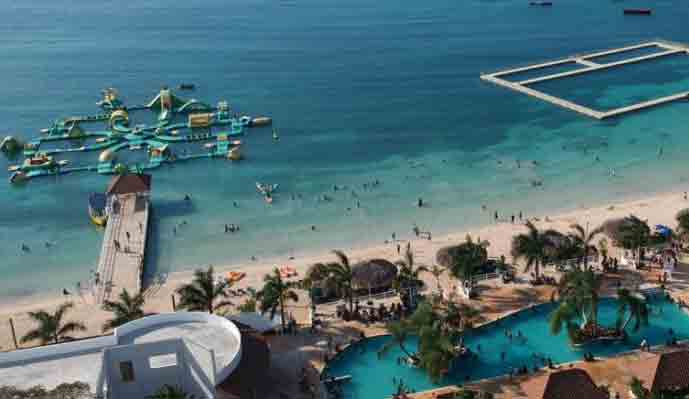 Puerto Seco Beach: A Guardsman Hospitality PropertyIt needs to be clear to the citizens what new or existing governing powers may be immanent with private funders who support the management and operation of the public beaches that will be available. The public needs to know what measures will be taken to end the systematic defunding and institutional weakening of the public agencies or whether the nation should expect that private interests will assume the custody of public resources in the long term.

A troubling issue is where the government takes no responsibility for the existing loss of access to beaches. They blame the loss of access on road development and hotels. The fact of the matter is that the public has restricted and continually disappearing access to beaches because of big money takeovers, expropriation and usurpation of our treasures.

Other codes the document uses include “development” in the context of restricting access to the sea and coastline when what really being talked about is the construction of hotels or some sort of private business. 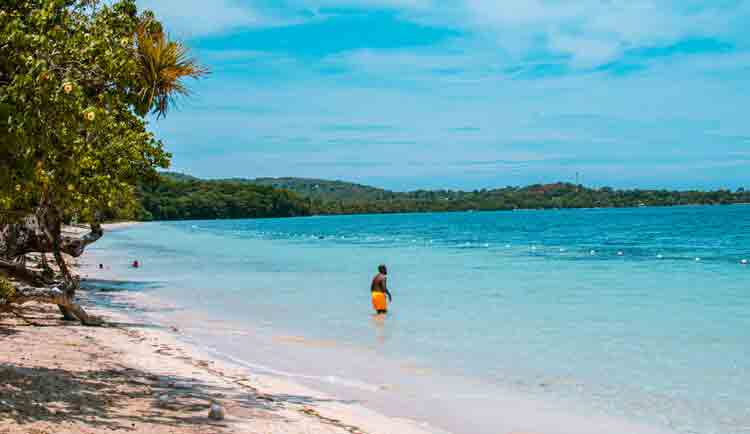 BLUEFIELDS Beach, Westmoreland But the crown jewel of intellectual sleights that permeates the entire policy document is the notion that its principal concern is the public’s access to the beach, whether creating or improving this condition. The government through this policy document tries to impress upon the reader that they want to give more and improved access to the citizen but it removes the capacity of its own institutions to execute such arrangements and is keen to give managerial and regulatory responsibility to bodies like the TEF whose interests do not align with the public’s.

For all intents and purposes the notion of increased access appears to be nothing more than posturing. The government even as it confiscates the beach from the public holds meetings which major stakeholders and the public at large are excluded from and have failed to open transparent conversations with immediately affected communities like Steer Town on the North Coast.

Upon critical scrutiny taken with the material observations made it is fair to make an argument that this policy document’s real objective is to mask or obscure an aggressive wealth, land, beach and resource transfer from the Jamaican public to the already wealthy and privileged few. The pretense of access to the already dispossessed masses is only a part of the shameless drive to make new private ownership of the land and the beaches. The sad situation is that as a nation we should be talking ownership of the beaches but the arrangement should be reversed. The ownership should be public ownership of such a critical treasure such as the beach — to be even more accurate the beach should be treated as the commons, it should be legislatively and economically so. 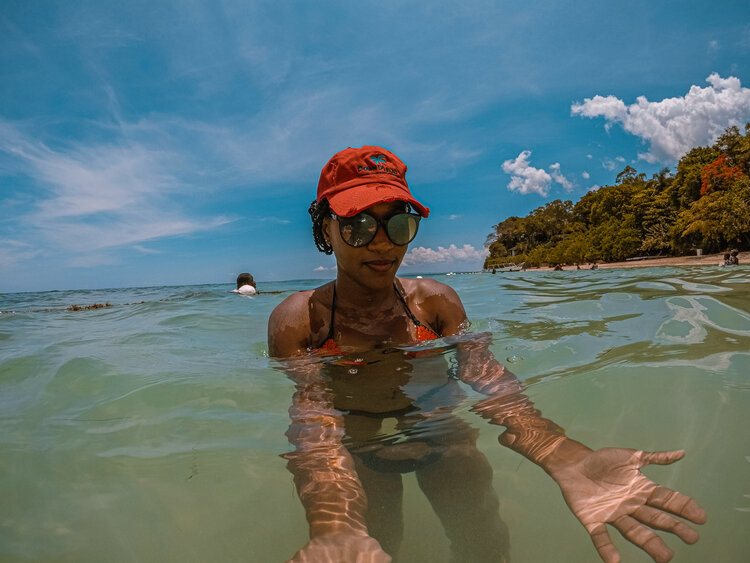 BLUEFIELDS BeachThe fact that we can treat the beach as an asset to be saleable is evidence of how low this country sees its citizens and how little we value the beach’s ecological importance.

Jamaica cannot continue in this manner of endless dispossession and privation of the masses if concrete social and economic improvements are to be made in the favour of such masses. The black people especially of this nation have been through enough and further usurpation of resources by a powerful and wealthy minority will only exacerbate already deteriorating social conditions. The people or the corporation. Choose one for both cannot win in this instance.

The people should own the beach as a natural resource where it is regulated and govern by public bodies such as the municipal corporation and the Natural Resources Conservation Authority not the private sector where profit seeking interests can wreak havoc on social welfare or be a hindrance to social progress.

The drive to privatize beaches and disempower the masses is harmful to nation building. The government has a responsibility to abort this injustice and make redress. The people of Jamaica deserve fair treatment from its government. End this land grab.

The original article, written by Damion Coombs, was published at the following address. https://medium.com/@damioncoombs/the-exclusion-of-the-citizen-from-jamaicas-beaches-47d665bcca86.