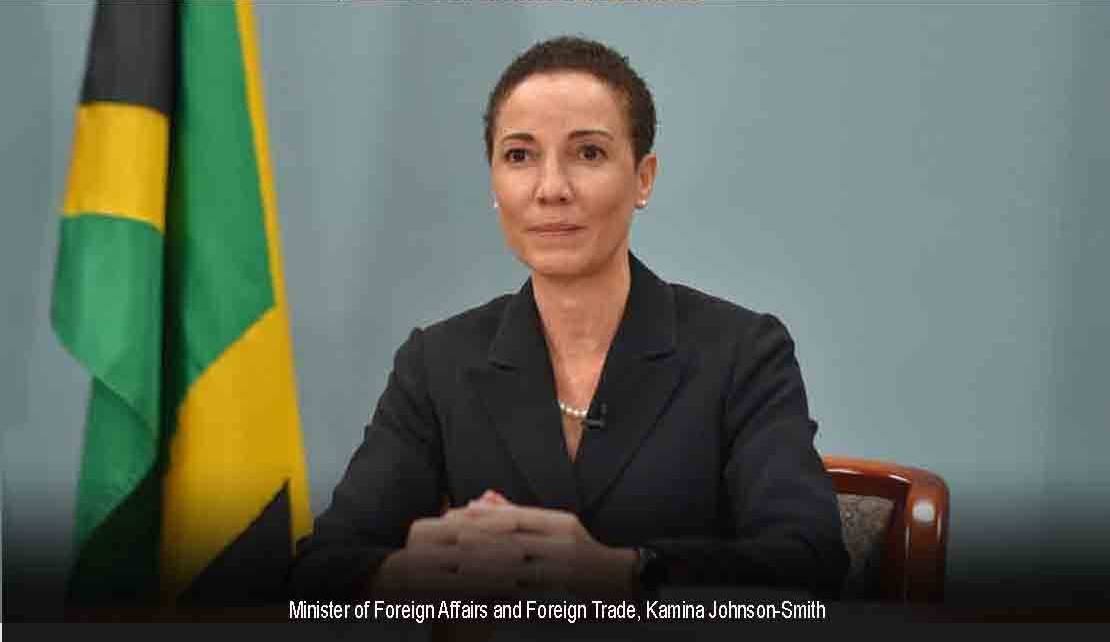 KINGSTON, Jamaica May 12, 2022 -The government of Jamaica has again sought to justify its nomination of Foreign Affairs Minister Senator Kamina Johnson-Smith for the post of Secretary General of the Commonwealth, against widespread criticism within CARICOM that the  challenging  is unprincipled and without merit. 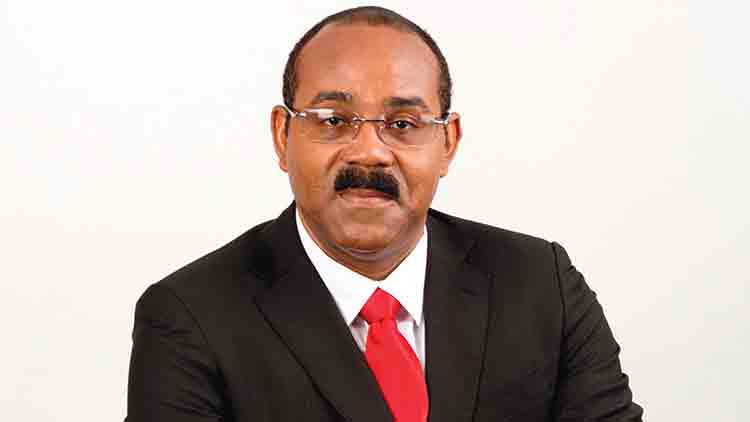 Prime Minister of Antigua and Barbuda Gaston BrowneAntigua's prime minister, Gaston Browne, has described Jamaica’s decision to break ranks  and propose a candidate as a “monumental error.” He informed that “Jamaica was party to a recent Caribbean Community (Caricom) consensus endorsing the re-election of Baroness Scotland.”

It has been the convention that a secretary general is not contested if he or she seeks a second four-year term.

The 15-member Caricom had given overwhelming support for Scotland when they met in Belize in March, but that phrasing may have disguised the objections of a of one member state which indicated that he would go along with the concensus. The Jamaican decision on 1 April to announce Johnson-Smith’s candidacy caught most observers by surprise.

“I think Jamaica’s proposed candidature for Commonwealth secretary general is a monumental error, which could only serve to divide the Caribbean.” Browne pointed out that said the Dominica-born Scotland was being hounded out of office by a group that “have now skilfully engineered a plan to divide Caricom and to stain the performance of the region”.

He said that Jamaica’s tactics might only serve “as a gateway for a non-Caricom secretary general to succeed”. 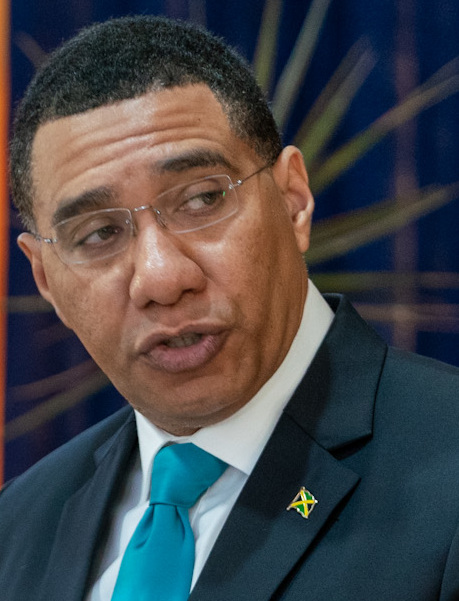 Jamaica's Prime Minister Andrew Holness CARICOM  heads recently met to iron out the problem. However, In a bid to heal the rift, it has was agreed that a Caricom sub-committee will interview the two candidates in a bid to reach a consensus. The sub-committee, which is yet to meet, consists of the Bahamas, Belize, Dominica, Guyana, St Vincent and the Grenadines, and Jamaica.

In its defence, the government of Jamaica has offered no plausuble explaination as to the reason for its sudden candidacy, except to say that "Jamaica’s final decision to put forward the candidature of its Foreign Minister, Senator Johnson Smith was made in this context, and on the strength of the Government’s confidence that she has the full range of competencies to effectively lead the Commonwealth agenda, at this time."

Speculations are that as chairman of the Commonwealth, prime minister Boris Johnson is doing everything to ensure that he has a secretary general of the Commonwealth who will fall in line with the thinking of British conservative politics. Scotland's candidacy was strongly supported by the former Labour government as a former Labour frontbench politician and member of the House of Lords.

A Bahamian current affairs website,  has opined that “the British are after Baroness Scotland”: 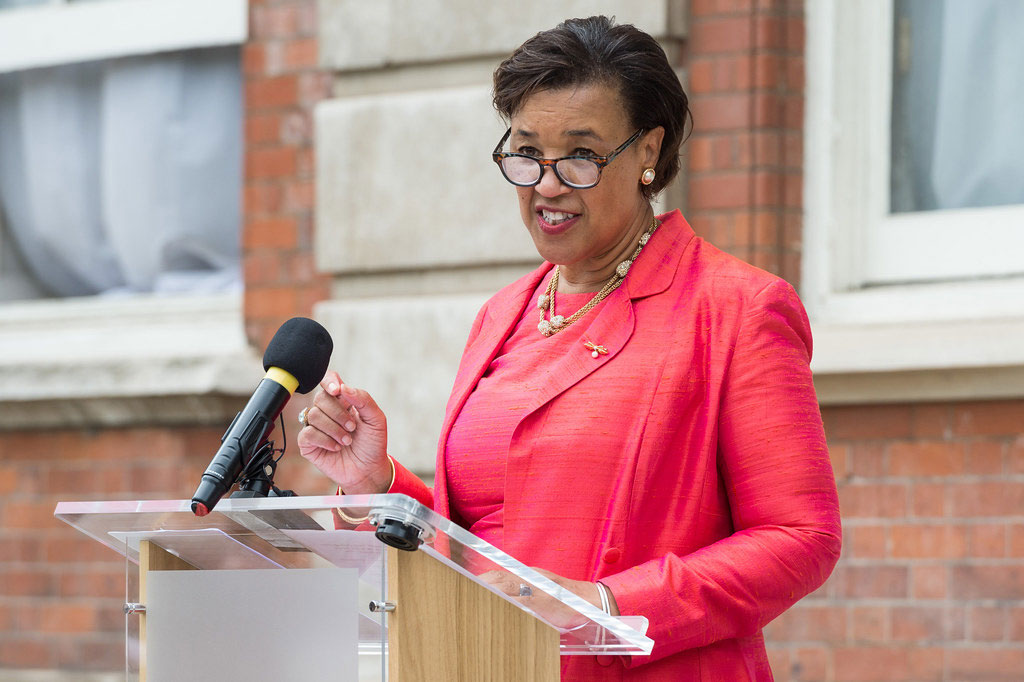 Commonwealth Secretary General Patricia Scotland"So the Government of Boris Johnson has been busy as bees seeking to remove her from the day that she first obtained the office as Secretary General of the Commonwealth. One rumour and lie after the next in their relentless and unprincipled, money driven British tabloid press. They were unable to get a candidate to stick, after her Kenyan spoiler that agreed to step in could not muster a fight. Now they have found unfortunately a Caricom candidate in Jamaica. This has caused a bitter division in Caricom. There should be an honest broker in the matter and that should be the Chair of the Commonwealth Conference. The next up as Chair is the President of Rwanda Paul Kagame. But the British have just announced that in exchange for 122 million pounds, (we repeat 122 million pounds) Rwanda will take in all the people trying to break Britain’s borders as refugees from Ukraine and be processed in far away Rwanda. My my. No further comment."

In the interim, Jamaica seems to have launched a full press, world wide campaign, replete with a hired high priced PR company, in its bid to get Johnson-Smith elected as Commonwealth Secretary General.

The candidate is not that of the Minister of Foreign Affairs and Foreign Trade - Rather it is Kamina Johnson Smith's Candidacy....

Why is Jamaica expending so much money for a campaign in which its only tangible benefit will be bragging rights to say "she was Jamaica's candidate" if Johnson-Smith gets elected?

In fact, How much money is Jamaica spending and where is that money coming from?

How do we justify spending taxpayer's money for a campaign in which there is no tangible benefit for the Jamaican people?

If Johnson-Smith gets elected, what will that mean for Jamaica? She will no longer be a member of the Cabinet of the government.

Hence how can the Holness administration justify this expenditure?

The following is the full text of the Jamaica government's statement that was released late this afternoon:

The Government of Jamaica nominated Senator the Honourable Kamina Johnson Smith, Minister of Foreign Affairs and Foreign Trade for the post of Secretary General of the Commonwealth. A decision on appointment to that leadership position will be made collectively by Heads of State and Government at their meeting (CHOGM) in Kigali, Rwanda in the week of 20th June 2022.

The nomination was put forward in a context where a change of leadership was clearly deemed desirable by Member States across regions. In fact, over time, two Member States (Kenya and Tuvalu) announced candidatures for the post of Secretary-General, signalling the pursuit of change by two regions (Africa and the Pacific). Kenya’s candidature was recently withdrawn, with an expressed hope that another candidate would come forward.

Jamaica’s final decision to put forward the candidature of its Foreign Minister, Senator Johnson Smith was made in this context, and on the strength of the Government’s confidence that she has the full range of competencies to effectively lead the Commonwealth agenda, at this time.

In recent weeks, Minister Johnson Smith has engaged with high-level leadership across five Commonwealth regions. She has been greatly encouraged by quiet and public expressions of support, as well as discussions, not only on the priorities of the family of Commonwealth nations but also the confidence, demonstrated in her readiness to lead this unique association of states in a visionary, innovative, transparent and accountable manner.

In the process of wide engagement across the Commonwealth, several countries have asked about the existence of two CARICOM candidates, as well as a new narrative regarding there being “no vacancy” in the office. We, therefore, consider it important to underscore the following:

The Government of Jamaica continues to stand behind its submission of Jamaica’s candidature for the consideration of Commonwealth Heads in Kigali, where they will make their decision on the next 4-year term.  Senator Johnson Smith will continue to engage in a dignified campaign process, with full respect for other candidates and the views of Member States.